The Raccoons: The New Adventures

On July 4, 2017, it was revealed that series creator Kevin Gillis was working on a reboot of the series. A pitch pilot with slightly redesigned characters was found on YouTube as an unlisted video on March 11, 2018, however the video was soon taken down by Big Jump Entertainment due to a copyright claim. On June 17 of that same year, Big Jump officially revealed the new designs for Bert, Ralph, Melissa, Cyril and Cedric on their website. The reboot is scheduled to premiere in 2022, beginning with a holiday special entitled "When Raccoons Fly!". 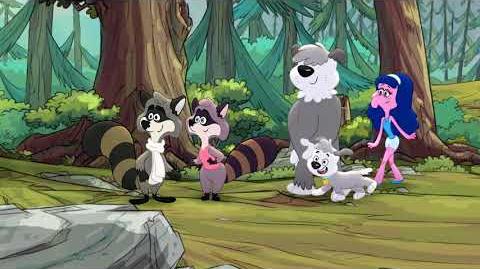 The Raccoons The New Adventures
Community content is available under CC-BY-SA unless otherwise noted.
Advertisement